Do you know what Martian means?

‘One day I will find the right words, and they will be simple’ – Jack Kerouac. 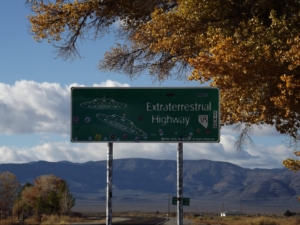 I was once sitting an exam at university and I had to analyse a poem I had never read before. It was about a Martian. As someone who dislikes sci-fi and therefore never watches films or reads books that are about aliens, I didn’t know what a Martian was. It doesn’t matter how eloquent my arguments for exploring the poem were, I missed the vital meaning because I hadn’t watched Star Wars. You can imagine how the exam went.

Okay, I may have had a lot of stick from others in the office when I shared this story, but I stand by my argument. If you haven’t been exposed to a word, it’s not your fault. People shouldn’t be assessed on how much they have memorised from reading a dictionary.

That exam flop was one of the best failures I’ve ever had. I didn’t beat myself up about it, I laughed. From my point of view, Martian is jargon. The word doesn’t feature often in the news and I’ve never heard anyone talking about them on the bus. And knowing how much I missed the point has taught me that jargon is useless because it doesn’t communicate the real meaning.

It’s also a bit arrogant. Anyone who has been in a conversation at a dinner party with people making jokes about something you don’t understand will get why using jargon is futile. Using words no-one understands is a very quick way of alienating them (no pun intended).

And how do you feel when your boss starts using jargon at your quarterly meetings? Inspired? Unlikely. It’s more likely that you’re either trying to keep up or wondering why they’re using fancy words to cover up the facts. Maybe next time you should quote Albert Einstein, “If you can’t explain it simply, you don’t know it well enough”.

According to the Institute of Leadership and Management, a quarter of UK working people think corporate jargon is a ‘pointless irritation’. The same article says, ‘touch base offline’ and ‘blue sky thinking’ are the worst of the worst. But why do most of us dislike the same phases? It’s probably because we all hear them time and time again and they don’t bring anything original to the table (oops, now I’m joining in). There have even been comedies made about it – remember The Office with infamously annoying David Brent, and Twenty Twelve, a mocumentary about the team organising the 2012 Olympics? There was barely a sentence that didn’t include some kind of made up jargon and there were, coincidently, loads of mistakes, fallouts and general cringe making.

It’s all very easy saying why jargon should be eradicated, but what actually is jargon. Oxford Dictionary describes jargon as ‘Special words or expressions used by a profession or group that are difficult for others to understand’. The difficulty is knowing what others may not understand. If you always use the term ‘Al Desko’ it’s probably quite normal to you. (By the way, it’s when you decide to eat your lunch at your desk.) While technical terms like arbitration, bilateral and truncate do exist, there’s no point using them outside the sanctum of the boardroom where your likeminded colleagues understand exactly what you mean. They definitely shouldn’t appear in marketing aimed at the general public. If you’re unsure, just ask yourself, ‘would my Mum know what I mean?’. If the answer is no, then choose something she would get – your readers will thank you for it.

What would I tell my younger self? Step away from the thesaurus, writing is a means of communication not a vocab test.

Oh and by the way, Martian is a noun describing ‘a hypothetical or fictional inhabitant of Mars’.