Why honesty is the best travel policy: Lessons from San Francisco

Most travel brands deal in transport significantly less glamorous than exotic overseas adventure. Far from selling the dream, they can score points with customers by telling the truth. The whole truth.

But for most of us, that lives only in our mind’s eye. Our reality is the daily rush hour crush, overrunning engineering works, rail replacement buses, missed connections and many, many delays. 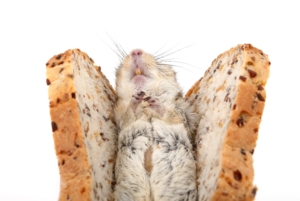 Running social media for any kind of rail network is, therefore, a poisoned chalice for those with even the thickest skin. But not San Francisco’s BART public transport system, which brought a whole new meaning to ‘#nofilter’ when it gave a masterclass in handling Twitter complaints earlier this year.

By turning towards a policy of searing honesty, they engaged with their tired and frustrated customers far more than they would have by simply issuing hollow apologies and platitudes. Their frank tweets highlighted the many factors placing the network under strain, emphasising the uncontrollable external factors causing problems – like overcrowding, a side-effect of San Francisco’s status as a technology boomtown.

But why stop at Twitter? We’ve written before about how honesty could help your brand get ahead, and think that beleaguered mass transport brands could benefit from taking this same approach in their print, TV and display advertising.

Contentious issues like industrial action are a hot potato best left well alone, but we believe it could be employed with effect around emphasising (for instance) the dire need for extra capacity on the commuter lines in and out of London.

To quote the Spectator…
“Some of the £56 billion to be spent on HS2 could instead be used to make small improvements to hundreds of different lines, lengthening platforms and trains, re-opening closed stations, and installing reliable on-board Wi-Fi. It might not be a high-profile project, but it would relieve the national stress level far more effectively than it would helping a few business travellers on expenses shave 25 minutes off their journey.”

Would dispirited passengers standing nose-to-armpit on the Brighton to Victoria line cut Southern Rail a little more slack if it could be seen to sympathise with statements like this? We wouldn’t bet against it.