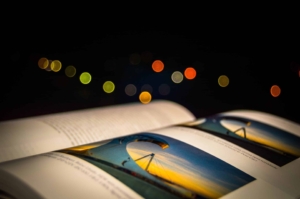 While there is great truth in this statement, it might not translate for every business. What Stanton does show us, however, is that every story leads to a singular goal (or a punchline). In the business sense, the goal with storytelling is to win new business by influencing people’s emotions and understanding, showing them something new, rather than telling them. We bear witness to successful storytelling every day through mainstream B2C advertising. But it is harder to reach people online. If the internet is full of noise and the average person sees 5,000 marketing messages a day, how do we ensure that our stories are heard? And that they work?

1. Caring
If something is emotionally resonant, people are going to remember it. Every Christmas, John Lewis gets the world talking with its seasonal campaign. We’ve laughed and cried over the years. We discuss stories like Buster the boxer online and offline to such an extent that the release of the John Lewis advert each yuletide has become a modern Christmas tradition. Everyone talks about it, and it’s because we all like to be moved. If we show our emotions, others will care, kind of like a natural response. A story without emotion is not a story.

2. Deducing
Andrew Stanton, the writer of Finding Nemo, Toy Story and Wall-E also says ‘don’t give them 4, give them 2+2.’ It’s the basic, easy-to-remember maths behind telling good stories. Throughout 2012, a staggering 5.3 trillion adverts appeared on the internet, and that number will have only increased in the years since. People are busy and content overload online is stopping some people from reading altogether. Nobody likes to be told what to do or what to think, and we’re so used to this through advertising that we’ve stopped responding to it. We like to figure things out for ourselves and be drawn in by suggestive subtleties.

3. Changing
The power to change social attitudes and behaviours for a good cause is not limited to the charity sector. Stories of failure or ‘rags to riches’ also tend to resonate because they show hope and humility through change, and we’re especially responsive when it comes from the global corporations. Howard Schultz from Starbucks told Forbes: ‘I’m still this kid from Brooklyn who wanted to fight his way out’. At 63 years old, he’s worth $3 billion, and Forbes named him as a Global Game Changer in 2016. He’s helped communities, particularly with youth and race relations.

In the US in 2010, Starbucks campaigned for recycling coffee cups for causes like saving the forests, and thus created a movement which was re-told through their advertising. In 2016, Starbucks UK showed how their method of writing the customer’s name on the coffee cup has changed the way we drink coffee in the modern world, we are people, not ‘usernames or reference numbers.’ They also gave away free lattes for a day – not bad.

4. Brand characters
The Andrex Puppy. Mr Muscle. We love a good character or mascot. A fun exercise is to think about if you were an animal, what would you be? Or if your life was a movie, who would play you? Now think if your business was a story, who are the main characters? Successful storytellers might think of their whole business as a brand character, or in Airbnb’s case, the customer is the brand character. Airbnb customers form the Airbnb brand – without them, there is no business. Airbnb tells stories about their users; we get to know the residents who rent out their homes and the travellers who stay there. Employees as brand characters is also an effective storytelling method. We like to see the people behind the business, from shop assistants in B&Q, to the bankers of Halifax.

5. Memorable moments
‘They’re gonna taste greaaat, they’re gonna taste greaaat. I can hear the sound of Frosties hittin’ me plaaate’. The 2006 Frosties kid might’ve been very annoying, but he was unforgettable. A tagline is one thing, but a poetic tale, where we deduce and are stimulated is more effective and more memorable. The 1998 Guinness surfing advert with the horses was an absolute winner, with its stunning visuals and rousing music. The ad won prestigious awards and in 2002 (with votes collected by Channel 4 and the Sunday times) it won Best Ad of All Time. This advert told the story of the surfer – ‘he is still waiting’ – we were hooked.

6. Questioning
Questions engage people and get them to think. In the same way that we need to deduce information rather than be force-fed things, we also like to answer questions and mill things over. Storytelling in literature and film champions ambiguity and regularly questions people, society, or history. Can a business do the same? If a business asks questions about industry, people, anything, through its story, then we are immediately drawn in.

7. Educating
The best stories encourage us to keep learning and developing as individuals. Nike’s Time is Precious ad at the end of 2016 gave us a breakdown of how much time we spend a day, a month, a year glued to our screens, and encourages us to watch the 60 second advert which makes up just a fraction of this time. The whole advert makes a powerful statement about how much time we waste watching screens and gaining nothing of value, then ends with a rhetorical question: ‘Are we running today?’

8. Inspiring
Natwest’s current campaign claims ‘we are what we do’, and uses antitheses to illustrate the story of human nature, with past through to present examples of social history. This storytelling idea is simple, yet highly effective and shows us who we are as people.

9. Inventing
Creating a demand is the basis of successful storytelling – you are creating the market or creating the need for a product/service without the audience even knowing they needed it. Dove created a demand with their Real Beauty campaign, showing audiences that we don’t have to comply with the media’s standardised definition of beauty. This demand for championing diversity in body image and appearances is now widespread, and has since been replicated by other brands and campaigns, from inclusive sport with This Girl Can, to fashion with & Other Stories who celebrate androgynous clothing and self-expression.